Home > Lobby > How It Began

Our first vintage Escanaba postcard was purchased online all the way back in 1999. When the package arrived in the mail, I remember wondering why the heck did I spend money on an old postcard?

Everything changed once I got a good look at it: 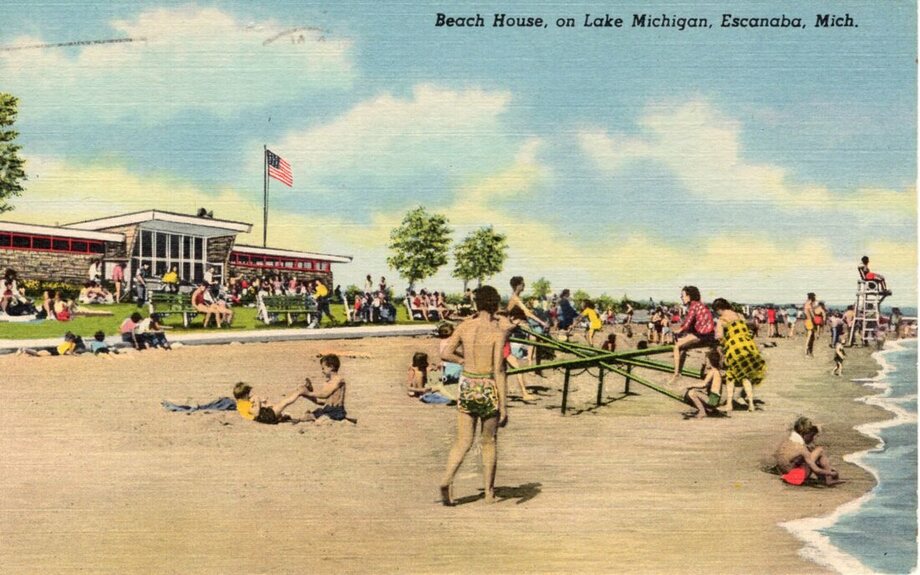 The image on the front depicts the Escanaba beach, looking up toward the beach house from the water's edge on a sunny summer day. I remember staring at the card as questions filled my head: When was the picture taken and by whom? Who made the decision to turn it into a postcard? And how did they take what was originally a black & white photo and turn it into such a colorful work of everyday art?

​What intrigued me more than anything was the duality of the image. On one hand there were the reassuring lines of the old Esky beach house silhouetted against the sky. The lifeguard perched atop their tall, white chair at the water's edge. Dozens of kids on the beach, likely avoiding water that was just a little too cold to really enjoy. I had definitely been here before! Or had I? What had happened to that nice, clean sidewalk and neat row of painted benches? When were the teeter-totters added to the beach and when did they take them away? The combination of familiar and unfamiliar details gave me the feeling I still get every time I hold a new card for the first time—the feeling of traveling backwards in time to an earlier version of Escanaba.

I noticed that the card seemed to be in almost mint condition; flipping it over, I read the postmark: September 12, 1955. The card had travelled nearly fifty years and untold miles to end up in my hands! It clearly meant something to the recipient to have been so well preserved for such a long time. The age of the card presented itself in other subtle ways: the 2¢ stamp, the address lacking a ZIP code, even the simple wording of the message scrawled on the back: 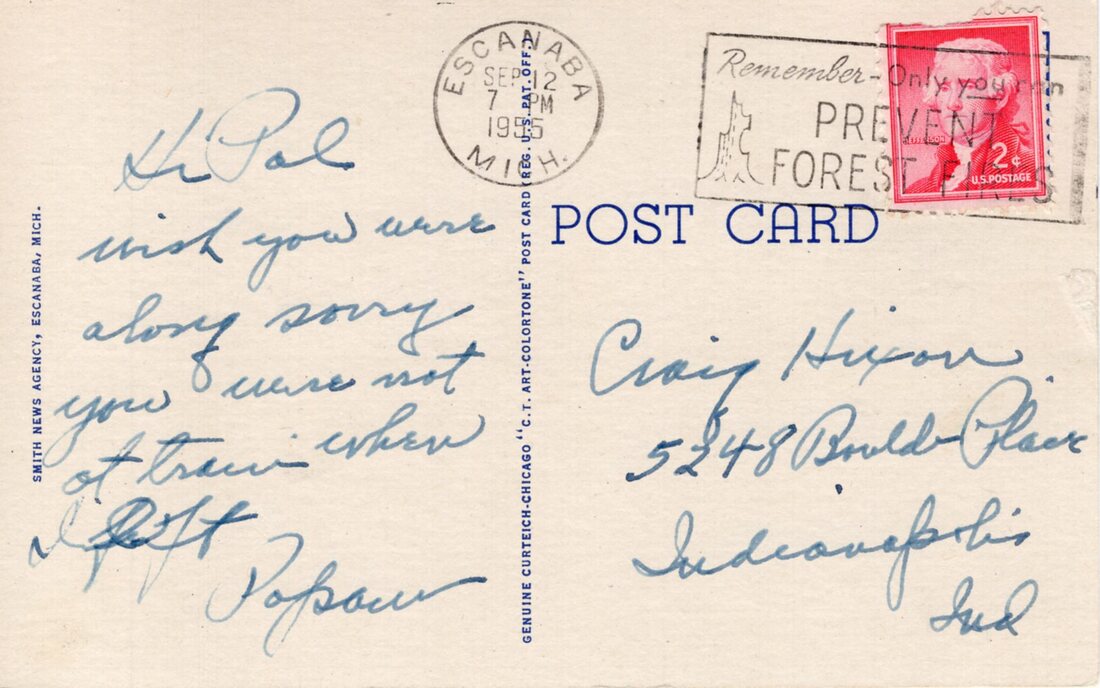 The most important question actually came to me last: Who were the people at the beach that long-ago day, captured in time and place? My mother would have been about eight years old at the time this card was postmarked. Assuming the card was relatively new when it was mailed, could she have been one of the children playing in the sand that day? Could my own grandparents be sitting on one of those benches?

Since that day, I've added hundreds of cards to the collection. All are special—unique pieces of Escanaba history—but I often find myself coming back to the sunny summer day at the beach that started it all. Escanaba Postcard Museum is about sharing each and every one of these fragile time capsules with the rest of the world. I hope you have as much fun looking through the collection as I do!

​
This card is located in our Swimming exhibit.