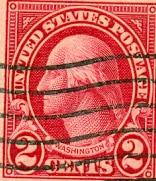 John P. Charlton of Philadelphia patented the postcard in 1861, selling the rights to H. L. Lipman, whose postcards, complete with a decorated border, were labeled "Lipman's postal card." Nine years later European countries were also producing postcards.
​
The first postcard in the United States was created in 1893 to advertise the World's Columbian Exposition in Chicago. Shortly thereafter the United States government, via the United States Post Office Department, allowed printers to publish a 1-cent postcard (the "Penny Postcard"). A correspondent's writing was allowed only on the front side of these cards. It was not until 1908 that people were permitted to write on the address side of a postcard. In that year, more than 677 million postcards were mailed.

Postcards are frequently classified by the era in which they were produced:

Pioneer Era, 1893-1898
The Pioneer Era began when postcards were first sold at the World's Colombian Exposition in Chicago in 1893. These first postcards proved to be popular souvenirs. Cards from this era are often difficult to find.

Undivided Back (UDB), 1901-1907
1901 brought cards with the word "Post Card" printed on the reverse (the side without the picture). Written messages were still restricted to the front side, with the entire back dedicated to the address. This "undivided back" is what gives this postcard era its name.

Divided Back (DB), 1907-1915
The "divided back" card, with space for a message on the address side, came into use in the United States in 1907. The back is divided into two sections, the left section being used for the message and the right for the address. Thus began the Golden Age of American postcards, which lasted until about 1915, when World War I blocked the import of the fine German-printed cards.

White Border (WB), 1915-1930
This type was produced mainly from 1915 to 1930. View cards usually have white borders and low-contrast pale colors. The printing is usually not as good as that on earlier cards. Paper stock is usually coated and has a flat non-glossy surface. Most of the cards from this era are views. Greeting cards were uncommon, not embossed, and less colorful.

Linen (LIN), 1930 - 1959
From 1930 until 1959 most U.S. views and comics were printed on card stock with a linen texture. Advertising, large-letter, expositions, and comics from this era are generally attractive and collectible. The majority of view cards from this era are boring and unattractive, especially those featuring scenery.

Real Photo (RPPC), 1900-present
These cards are actual photographic images printed on postcard stock. While these cards have been around for a long time, the real photo cards from the Linen era are generally glossier and have more contrast than earlier ones and have titles in white letters near the bottom of the picture.

Chrome, 1939-present
Chrome postcards made their debut in 1939, but didn't gain popularity until the 1950s. Printed to look like photographs, and typically in color, Chromes eventually brought about the death of the Real Photo cards. Escanaba Postcard Museum currently exhibits only the earliest (black & white) examples cards from this era.

Info from Wikipedia and postcardy.com